Hello my fellow little munchkins! How are you all doing? I am doing pretty well. I have been spending a lot of time on my bookstagram and making blogging posts for the future so it my blog runs a little bit more smoothly. On top of that I have been reading a couple book as well. Besides that, homework has been a huge priority especially as AP testing is coming up soon. Plus I have some tests that I have to get done at the hospital, like I have to drive out 30-45 mins to a hospital that is a little further away from me to get my blood done since it’s getting sent to Canada.

Anyways, why don’t we get into this review? 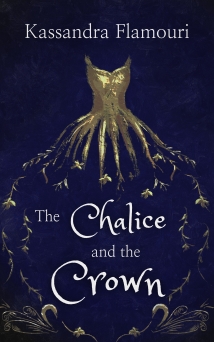 Description according to Goodreads, ” Driven, talented, and determined to live up to her family’s fame, Sasha Nikolayeva is ballet’s crown princess. But just when Sasha lands her most prestigious role yet, she falls prey to a host of disturbing neurological symptoms that threaten to end her career and her very life. As her mind and body deteriorate, Sasha spirals into a nightmare world where beauty and cruelty exist in the same breath and villains rule from the shadows.

In the glittering, sharp-edged City of Roses, Sasha is no princess. She’s a thrall, a slave. Thousands like her suffer in cursed silence while citizens enjoy the splendor of the City, blissfully unaware that their servants are anything more than living dolls enchanted to do their bidding. But the City’s slavers know the truth, and they are always watching. One misstep could cost Sasha her life—or her soul.

Even as she endures the violence and indignity of captivity, Sasha can’t help being drawn to the beauty of her nightmare world and the underground rebels who offer her friendship, shelter, even love. Before Sasha can break her chains for good, she’ll need choose between the life waiting for her at home and the countless lives she could save if she stays. To choose a nightmare over her real life, her future, would be madness…but maybe a little madness is just what it takes to change the fate of a city built on lies.”

When starting off the book, you (the reader) are put into a world that is normal, filled with ballet. Yet, the main character starts to experience weird things, things that her own mother faced and died with causing for her to freak out as she doesn’t want to deal with the same fate all with watching over her own grandmother as her health goes down. But that’s not the best part about the book. It moves from a regular human world to one of fantasy and light and magic and a kingdom and don’t forget about a love interest because duh there has to be one.

In terms of the plot and the story I loved it! It took a little while for the story to really get going. It is separated into acts so once you get through the first act it picks up pretty fast as you move into the fantasy aspect of the story. I understood why it took awhile to pick up as we needed pre-context to this magical fantasy world that the main character was going to be thrown into, so please don’t skip it when you read it. It is very VERY important, trust me. Otherwise you will be very confused.

Once the fantasy world was brought up it took some adaption to get used to as everything changed like a flip of the dime. And to be honest I am still a little confused on how the transition happened, but I am just glad it did.

The characters were AMAZING! Part of me couldn’t help but to think back to the vampire diaries when reading this story as I am binging it again but Luca just had this aspect of Damon and Klaus but with the morals of Stefan and Enzo and Bonnie. I also loved Sasha as she wasn’t a weak protagonist. In some stories the characters can be whinny but she not only was fighting her own health battle, but for her freedom along with her people. This in my eyes made her one of the best protagonist I have read in almost any story. There is a bunch of other characters that I would love to talk about, but I will only do it if you read this book so I don’t spoil you.

And of course I have to mention this but I am a sucker for a good fictional boyfriend and DAMN is Luca one. Like I am not lying I love him, and really hope there is another book so we can see how his presence affects the story as it continues.

Where to Buy the Book:

There is an option to get at as an E ARC which I highly suggest in reading. You can check it out HERE. But remember it is limited as there is only around 40 more copies of the E ARC!

This book will be on sale on June 5th, but I HIGHLY suggest pre-ordering it today!! Also don’t forget she has written a couple other books that I would suggest reading to. Especially if you love Greek mythology and history or just anything Greek really ❤ 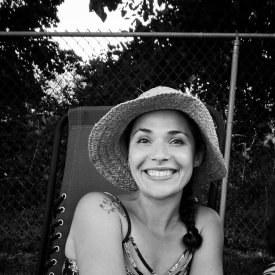 According to Kassandra Flamouri’s website, “I started writing seriously in 2015, though I probably should have realized a lot sooner that I was meant to be a writer. Even as early as kindergarten, I struggled to pay attention in class because the outside world was just not as interesting as what was going on in my head. By that time, I had already made my storytelling debut (“Squirm the Worm,” delivered at age three) and had spent countless hours playing make-believe with my 284 stuffed animals, every one of whom had a name and detailed backstory.

Though I quickly learned to pay attention (or at least look like I was paying attention) during school hours, I retained a tendency to daydream and a love of stories. When I left high school to attend the Sunderman Conservatory at Gettysburg College, I learned to translate both emotional and programmatic content into music. Now, as an exam prep and college essay tutor, I have the time and flexibility to really dig into fiction again. My work has appeared online and in print in such venues as Timeless Tales Magazine and Quantum Fairy Tales.”

In accordance with FTC guidelines/regulations for bloggers and endorsements, please note that all the books reviewed on this blog were either purchased by me or provided to me by the author/publisher in exchange for an honest, unbiased review and nothing else. I gain nothing in return for the review other than the book itself.

My reviews reflect my honest opinion and remain uninfluenced despite the Author through which I obtained the book.

One thought on “The Chalice and the Crown by Kassandra Flamouri”