Hello my little munchkins. How are you all doing? I am doing well. You must be asking yourself why I am having so many book hauls but that is because I was able to have the chance to go to Half Price Books and then I got the following four books on amazon for the book signing I am going to on Saturday! 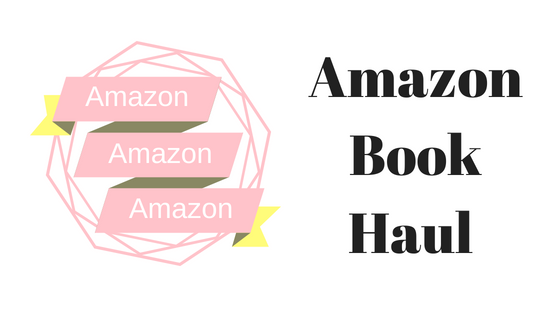 According to Amazon, “Ten years ago, Braden was given a sign, a promise that his family wouldn’t fall apart the way he feared.

But Braden got it wrong: his older brother, Trey, has been estranged from the family for almost as long, and his father, the only parent Braden has ever known, has been accused of murder. The arrest of Braden’s father, a well-known Christian radio host, has sparked national media attention. His fate lies in his son’s hands; Braden is the key witness in his father’s upcoming trial.

Braden has always measured himself through baseball. He is the star pitcher in his small town of Ornette, and his ninety-four mile per hour pitch already has minor league scouts buzzing in his junior year. Now the rules of the sport that has always been Braden’s saving grace are blurred in ways he never realized, and the prospect of playing against Alex Reyes, the nephew of the police officer his father is accused of killing, is haunting his every pitch.

Braden faces an impossible choice, one that will define him for the rest of his life, in this brutally honest debut novel about family, faith, and the ultimate test of conviction.”

According to Amazon, “Being a bastard blows. Tilla would know. Her father, Lord Kent of the Western Province, loved her as a child, but cast her aside as soon as he had trueborn children. At sixteen, Tilla spends her days exploring long-forgotten tunnels beneath the castle with her stablehand half brother, Jax, and her nights drinking with the servants, passing out on Jax’s floor while her castle bedroom collects dust. Tilla secretly longs to sit by her father’s side, enjoying feasts with the rest of the family. Instead, she sits at the Bastards’ Table. But when Tilla and Jax is lead the visiting Princess Lyriana on a late-night escapade with their fellow bastards, they stumble upon a crime they were never meant to witness–a brutal coup. The group flees for their lives, relentlessly pursued by murderous mercenaries. The bastards band together, realizing they alone have the power to prevent a civil war that will tear their kingdom apart-if they can warn the king in time. And if they can survive the journey . . .”

According to Amazon, “Hannah has struggled ever since her parents were killed and her beloved uncle vanished. So when she’s offered the chance to leave Moldova and become a nanny for a family in Los Angeles, it seems like a dream come true-and at first it is. But after weeks of working sixteen-hour days and not being able to leave the house, she still hasn’t been paid. As things go from bad to worse, Hannah realizes that things are not at all what they seem and she finds herself doing things she never imagined herself capable of. But as she begins uncovering the family’s crooked history, she may be exposing more than she bargained on-and putting her life in danger.”

4.Little Do We Know by Tamara Ireland Stone 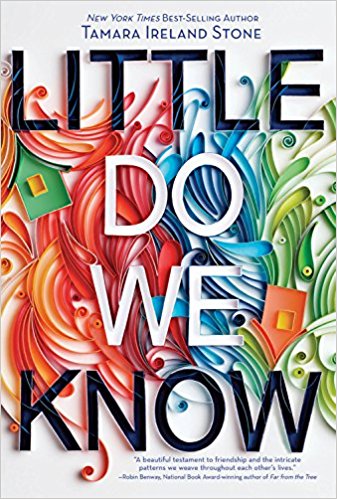 According to Amazon, “Next-door neighbors and ex-best friends Hannah and Emory haven’t spoken in months. Not since the fight-the one where they said things they couldn’t take back.

Now, Emory is fine-tuning her UCLA performing arts application and trying to make the most of the months she has left with her boyfriend, Luke, before they head off to separate colleges. Meanwhile, Hannah’s strong faith is shaken when her family’s financial problems come to light, and she finds herself turning to unexpected places-and people-for answers to the difficult questions she’s suddenly facing.
No matter how much Hannah and Emory desperately want to bridge the thirty-six steps between their bedroom windows, they can’t. Not anymore.

Until their paths cross unexpectedly when, one night, Hannah finds Luke doubled over in his car outside her house. In the aftermath of the accident, all three struggle to understand what happened in their own ways. But when a devastating secret about Hannah and Emory’s argument ultimately comes to light, they must all reexamine the things they hold true.

In alternating chapters, a skeptic and a believer piece together the story of their complex relationship with help from the boy caught somewhere in the middle. New York Times best-selling author Tamara Ireland Stone deftly crafts a moving portrait of faith, love, and friendship.”

AND THAT IS THE END OF THE AMAZON BOOK HAUL! I REALLY HOPED YOU ALL LIKED IT!