Hello my little munchkins. How are you all doing? I am doing well. Today I went to the book shop and got quite a few books so ANOTHER BOOK HAUL IS COMING YOUR WAY RIGHT NOW. I am so happy that I am still on break. I mean it just started but the sleep I am getting is feeling sooooooo good.

Anyways, this is a long post so why don’t we just get into it? 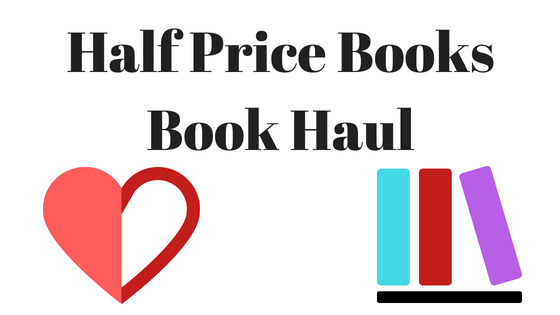 According to GoodReads, “Lorelai Diederich, crown princess and fugitive at large, has one mission: kill the wicked queen who took both the Ravenspire throne and the life of her father. To do that, Lorelai needs to use the one weapon she and Queen Irina have in common—magic. She’ll have to be stronger, faster, and more powerful than Irina, the most dangerous sorceress Ravenspire has ever seen.

In the neighboring kingdom of Eldr, when Prince Kol’s father and older brother are killed by an invading army of magic-wielding ogres, the second-born prince is suddenly given the responsibility of saving his kingdom. To do that, Kol needs magic—and the only way to get it is to make a deal with the queen of Ravenspire, promise to become her personal huntsman…and bring her Lorelai’s heart.

But Lorelai is nothing like Kol expected—beautiful, fierce, and unstoppable—and despite dark magic, Lorelai is drawn in by the passionate and troubled king. Fighting to stay one step ahead of the dragon huntsman—who she likes far more than she should—Lorelai does everything in her power to ruin the wicked queen. But Irina isn’t going down without a fight, and her final move may cost the princess the one thing she still has left to lose.”

According to GoodReads, “Around the world, black hand prints are appearing on doorways, scorched there by winged strangers who have crept through a slit in the sky.

In a dark and dusty shop, a devil’s supply of human teeth grows dangerously low.

And in the tangled lanes of Prague, a young art student is about to be caught up in a brutal otherworldly war.

Meet Karou. She fills her sketchbooks with monsters that may or may not be real, she’s prone to disappearing on mysterious “errands”, she speaks many languages – not all of them human – and her bright blue hair actually grows out of her head that color. Who is she? That is the question that haunts her, and she’s about to find out.

When beautiful, haunted Akiva fixes fiery eyes on her in an alley in Marrakesh, the result is blood and starlight, secrets unveiled, and a star-crossed love whose roots drink deep of a violent past. But will Karou live to regret learning the truth about herself?”

Okay so I wasn’t the smartest cookie and I got only the first and third book of the series in paperback so I will have to find a way to get the second book in the same format.

Also according to GoodReads, “Two worlds are poised on the brink of a vicious war. By way of a staggering deception, Karou has taken control of the chimaera’s rebellion and is intent on steering its course away from dead-end vengeance. The future rests on her.

When the brutal angel emperor brings his army to the human world, Karou and Akiva are finally reunited – not in love, but in a tentative alliance against their common enemy. It is a twisted version of their long-ago dream, and they begin to hope that it might forge a way forward for their people. And, perhaps, for themselves.

But with even bigger threats on the horizon, are Karou and Akiva strong enough to stand among the gods and monsters?

The New York Times bestselling Daughter of Smoke & Bone trilogy comes to a stunning conclusion as – from the streets of Rome to the caves of the Kirin and beyond – humans, chimaera, and seraphim strive, love, and die in an epic theater that transcends good and evil, right and wrong, friend and enemy.”

I got the UK version of this book at Half Price Books and OH MY GOSH IT IS SO BEAUTIFUL. It is not that same as the version above.

According to GoodReads, “It happens at the start of every November: the Scorpio Races. Riders attempt to keep hold of their water horses long enough to make it to the finish line. Some riders live. Others die.

At age nineteen, Sean Kendrick is the returning champion. He is a young man of few words, and if he has any fears, he keeps them buried deep, where no one else can see them.

Puck Connolly is different. She never meant to ride in the Scorpio Races. But fate hasn’t given her much of a chance. So she enters the competition — the first girl ever to do so. She is in no way prepared for what is going to happen.”

I also got the newest cover of the series so, yeah.

According to GoodReads, “The only daughter of a prominent samurai, Mariko has always known she’d been raised for one purpose and one purpose only: to marry. Never mind her cunning, which rivals that of her twin brother, Kenshin, or her skills as an accomplished alchemist. Since Mariko was not born a boy, her fate was sealed the moment she drew her first breath.

So, at just seventeen years old, Mariko is sent to the imperial palace to meet her betrothed, a man she did not choose, for the very first time. But the journey is cut short when Mariko’s convoy is viciously attacked by the Black Clan, a dangerous group of bandits who’ve been hired to kill Mariko before she reaches the palace.

The lone survivor, Mariko narrowly escapes to the woods, where she plots her revenge. Dressed as a peasant boy, she sets out to infiltrate the Black Clan and hunt down those responsible for the target on her back. Once she’s within their ranks, though, Mariko finds for the first time she’s appreciated for her intellect and abilities. She even finds herself falling in love—a love that will force her to question everything she’s ever known about her family, her purpose, and her deepest desires.”

I got this book because it seemed a lot like a fan fiction type of book and I know myself and that I would need a book like this with the rest of the books I am going to read.

According to GoodReads, “In this contemporary YA, a teenager’s favorite literary heroes woo her in real life

The first of two books in an intended paperback original series about a girl whose classic literary crushes manifest in real life. Merrilee Campbell, 16, thinks boys are better in books, chivalry is dead, and there’d be nothing more romantic than having just one guy woo her like the heroes in classic stories. She’s about to get the chance to test these daydreams when she, her best friend, Eliza, and her younger sister, Rory, transfer into Reginald R. Hero High, where all their fantasies come true—often with surprising consequences. “ 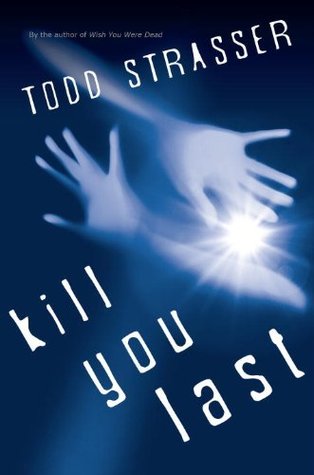 So this book is the third installment in the Trilogy and I didn’t know that but I am just going to go into it hoping that I didn’t need to read the previous books.

According to Goodreads, “They always agreed to meet me. Of course, I told them I was bringing them money. I said it was cash and I didn’t want to send it through the mail.  They might have hesitated at first about meeting me, but I never had to work very hard to convince them.  Why?. . . It was the only way they could prolong their pathetic dreams of someday becoming rich, famous models.”

Shelby’s life in Soundview has always been comfortable. Her dad provides a luxurious lifestyle for his family through his photography business. He makes a ton of money taking headshots of pretty young teens who are desperate to become models. Shelby
has always enjoyed driving around town in a red sports car, shopping with her best friend at her side. And her Mom is laidback,so it’s all good.

However, as reports of girls disappearing from nearby towns start to appear on the news, Shelby’s seemingly perfect life begins to fall apart. The three missing girls have one thing in common–they were all clients of her dad’s photography business. Secrets
begin to surface as the investigation continues. Shelby receives threatening e-mails, battles the nosy media, and tries to keep her family together. Now that her dad is implicated in the disappearances, can Shelby figure out a way to clear his name? Or is dad not as innocent as he seems?

PRAISE FOR BLOOD ON MY HANDS:
“[A] rare teen thriller with an actual mystery, this is as quickly paced as it is heart-wrenching.”
– Booklist

PRAISE FOR WISH YOU WERE DEAD:
“Hits all the right notes of a teen thriller[…] his gripping plot will keep readers turning
pages late into the night” – School Library Journal

And that is the end of the first part of the post. I will be having the second post posted either later today or tomorrow at my usual time. I hope you enjoyed this post 🙂