Hello my little fellow munchkins. How are you all doing? I am doing good. Sorry that I haven’t posted for awhile but I got a little behind but I have a lot of goodies coming up soon. I hope you all enjoy this post and have a wonderful day. 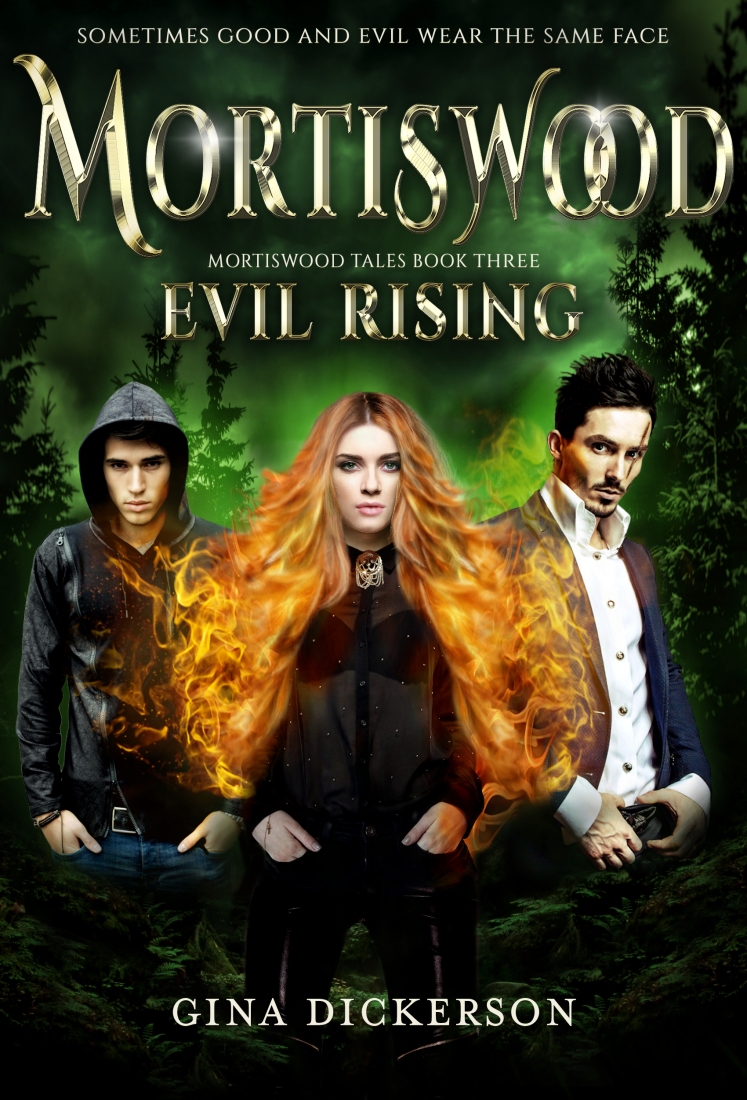 “The problem with secrets is they don’t always remain secret, no matter how long they’ve been buried.

The dark side of magic beckons to Kaelia. It whispers in her ear, seducing her with the promise of yet more power. Having discovered the truth behind the goddess Hel’s connection to Bran the necromancer, Kaelia is finding it increasingly difficult to tell who is on her side and who is against her.

Drawn into an age-long battle, she must fight to protect not only those she loves, but also the humans that her enemies, The Salloki, would devour. Confronting an evil never seen before outside the realms of myth and magic, Kaelia is torn. Should she join with Bran? Is he really as trustworthy as he says?

But trust cuts both ways as Bran too discovers, unearthing both secrets and lies about his true identity. There is also someone he wants to protect above all, even if that price is unleashing upon Mortiswood the fearsome Vanagandr.

Gina Dickerson lives by the Thanet coast on the north-eastern tip of Kent within the UK, with her family and bouncy Siberian husky.

Having previously worked for a Local Authority, and been a Systems Supervisor for the departmental database, Gina is now a full-time author and designer. Her books include the dark urban fantasy Mortiswood Tales series, Lies Love Tells – part of the thrilling romantic suspense Eastcove Lies series, dark fairy tales The Pennington Christmas Curse and Always Golden, as well as a collection of her dark short stories, Underleaf.

Gina has also written newspaper articles, and was a fashion and shopping columnist for her local newspaper, as well as having had short stories and poetry published in anthologies. She designs book covers and other promotional material under the name RoseWolf Design, and belongs to the author co-operative Authors Reach. 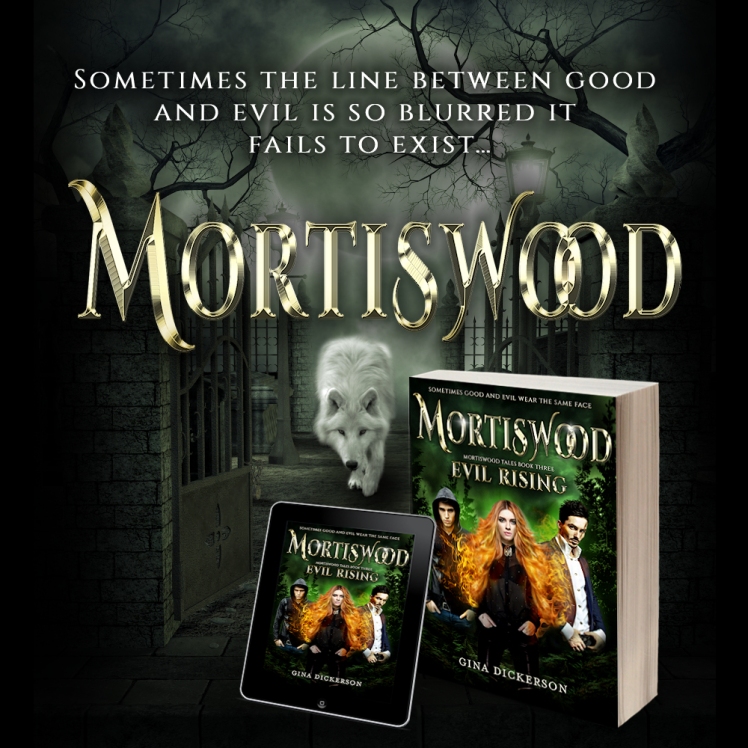 Hi Allie, thank you for the chance to appear on your blog!

It was my pleasure having you on my blog. I really enjoyed reading your answers and looking at more into your book and I hope so does everyone else.

What is your writing kryptonite?

⁃ I think my writing weakness is when researching for a story I can easily become distracted by reading about things related to the item I’m researching, and then something related to that thing and so the research-roots continue until I’m buried so far in research my mind is boggling!
⁃

What made you want to write this book?

⁃ Mortiswood: Evil Rising is the third book in the Mortiswood Tales series. In writing the series, I wanted to create a story both fixed in this world and in the realms of magic and myth – primarily Norse. The first idea of Mortiswood came to me when on holiday in Devon. My family and I stayed in an old farmhouse set in far sweeping countryside where mist would crawl from within the woods at the edge of the garden, lending the landscape an ethereal feel.

Have you ever had difficulty coming up with an idea for your story?

⁃ Of course, then I just have to step away from it and let it simmer for a while before coming back to it afresh.
⁃

As a writer what would your spirit animal be?

⁃ Definitely a wolf! Mind you, I’m biased as there is a wolf in Mortiswood and it is quite a character. Plus, my dog’s a Siberian husky… he looks kind of wolf like!

What Hogwarts house would the main character of your book be sorted into?

⁃ They’re a real bunch of characters so I think there would be a character/s from every house!

What do you owe the real people upon whom you base your character?

⁃ The characters in the book are completely fictional, I don’t think I’ve borrowed traits from anyone I know!

While you were editing your book what were some thoughts that were going through your mind?

⁃ I try to make sure I include elements to bring the story alive, for example, what the character can smell, touch etc..

Do you google yourself?

What word would sum up your book.

Do you believe in writer’s block?

⁃ I believe in displacement activities which can take focus away from writing!

⁃ When I write I like silence and a pot of green tea. I write at my desk, mostly working on my PC, although I do a couple of rounds of edits by hand.

What advice do you have for other writers?

⁃ It depends what type of story I am working on. For this series I read into Norse myth and researched ancient Norse names.

When did you decide you wanted to become a writer?

⁃ I’ve always written stories and poems so it seems like I’ve wanted to write since forever!

When did you first start writing?

⁃ I started writing stories, probably about parks and dogs, when I was in primary school. I still have a story I wrote when I was about seven which is about a dog that goes to the park and loses his tail.

Do you write on a typewriter, computer, dictate or longhand?

⁃ For my first draft I write on my computer.

What do you believe is the hardest part of writing?

⁃ All those edits! They make me cross-eyed!

What is the easiest part of writing that you consider?

⁃ Definitely the first draft – the initial creation stage where the story can flow.

How long on average does it take you to write a book?

⁃ From initial stages to completion can take me about a year.

Any tips on how to go through a dreaded writer’s block?

⁃ It’s one I often read before from other authors: try to write a little, often.

How did you decide to pick out your book cover?

⁃ I design my own book covers under my design-hat – this one I created out of many images and layers.

Do you think the cover plays an important part of the buying processes?

How do you market your books?

⁃ The Mortiswood Tales series is published by Authors Reach, which is both an author co-operative and a publishing company – whose books are available to be ordered through bookshops. For marketing I use a mix of online promotional sites, and the company Authors Reach has a marketing newsletter.

Why did you choose said route?

⁃ I have had a couple of books published by small publishers and following the route I have for the Mortiswood series means I have complete control and I’m proud to belong to Authors Reach, under which the series is published.

What is your favorite quote of your book?

How can your readers discover more about you and your work?

⁃ I can be found at http://www.ginadickersonwriter.co.uk and over on http://www.authorsreach.co.uk