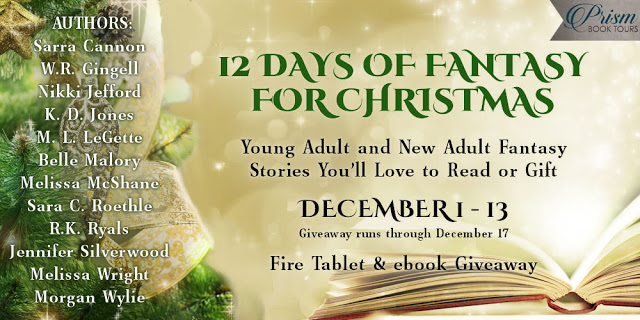 On Tour with Prism Book Tours

12 Days of Fantasy for Christmas
Day 2: Spindle by W.R. Gingel
ebook SALE for 99through December 13th 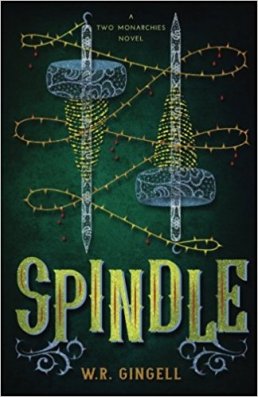 Polyhymnia is deep in enchanted sleep. High in a tower, behind an impenetrable barrier of magical thorns, she sleeps, dreams, and falls ever deeper into her curse.

Woken by a kiss, Poly finds herself in an alien world where three hundred years have passed and everyone she has ever known is dead. Luck, the enchanter who woke her, seems to think she is the princess. Understandable, since he found her asleep on the princess’ bed, in the royal suite, and dressed in the princess’ clothes.

Who cursed Poly? Why is someone trying to kill her and Luck? Why can’t she stop falling asleep?

And why does her hair keep growing?

Sometimes breaking the curse is just the beginning of the journey.

Poly was obliged to dissuade her hair from clasping Luck to her side before he could disentangle his arms, by which time she was feeling hot and bothered and misused.

“Don’t look at me like that,” said Luck, his eyes very green. “I don’t particularly like being co-joined to you, either.”

Poly, who hadn’t thought she was looking in any specific way, blushed.

Taking unfair advantage of her confusion, he added: “I thought princesses were meant to take lessons in charm and deportment.”

It was rather a shock to be reminded that she was meant to be the princess. Poly had to close her mouth, which had automatically opened to correct Luck, before she said something unconsidered. She wanted badly to know why she had been used in an enchantment, and what exactly that enchantment was. Answers would undoubtedly be more forthcoming for a princess than a lady-in-waiting.

“I thought that wizards were meant to be versed in international diplomacy,” she pointed out instead, feeling that it was time she put her foot down if she meant to be the princess. “You laid hands on a royal personage–”

“I didn’t; I kissed you,” interposed Luck, curling a portion of Poly’s hair around one finger and closely observing it.

Luck disengaged his left wrist from the last of her hair and let go of the lock he held. “Then I seem to have been laying my lips on you, not my hands. Come along, Poly, and stop arguing. We have a long way to walk.” 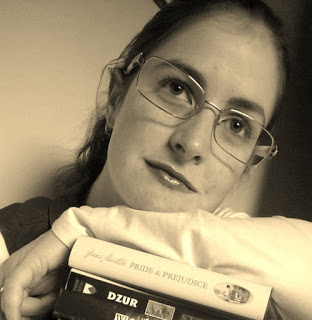 W.R. Gingell is a Tasmanian author who lives in a house with a green door. She loves to rewrite fairytales with a twist or two–and a murder or three–and original fantasy where dragons, enchantresses, and other magical creatures abound. Occasionally she will also dip her toes into the waters of SciFi.

W.R. spends her time reading, drinking an inordinate amount of tea, and slouching in front of the fire to write. Like Peter Pan, she never really grew up, and is still occasionally to be found climbing trees.

1 winner will win a FIRE HD 8 TABLET from Amazon along with the following ebooks:
– TRITON’S CURSE by Sarra Cannon
– MASQUE by W.R. Gingell
– AURORA SKY: VAMPIRE HUNTER by Nikki Jefford
– A WHITE SO RED by K.D. Jones
– THE TALE OF MALLY BIDDLE by M.L. LeGette
– THE TWELFTH KEEPER by Belle Malory
– SERVANT OF THE CROWN by Melissa McShane
– THE XOE MEYERS TRILOGY by Sara C. Roethle
– CRAVING BEAUTY be Jennifer Silverwood
– THE DESCENDANTS SERIES by Melissa Wright
– REAWAKENED by Morgan Wylie

Open to US residents or those who are eligible for the Fire Tablet in their area (those who are not, can receive cash value through PayPal)